If you are a successful business owner, protecting your intellectual property rights is one of the most important steps that you can take to safeguard your company. Often, hiring a trademark attorney in Seabrook Island to register a trademark is an arduous process that results in outrageous hourly fees and complicated paperwork.

At Sausser Summers, PC, our goal is to make the trademark registration process as straightforward and cost-effective as possible, so that you can focus on growing your business while we take the necessary steps to protect what you have worked so hard to build.

Unlike other law firms, Sausser Summers, PC provides flat fee trademark services at an affordable price. Our goal is to eliminate the uncertainty that comes with hourly work, so you know exactly how much your total expenses will be at the outset of our relationship.

With a BBB A+ rating, we are consistently ranked as one of the top trademark law firms in the U.S. We aim to provide you with the same five-star service that you would receive from large firms, with a modern twist at a rate that won’t break the bank.

Our flat fee trademark process is simple, streamlined, and consists of three steps:

Our three-step process lets you:

Trademark Services at a Glance

Whether you need help maintaining your current trademark or require assistance canceling an abandoned mark, Sausser Summers, PC is here to help. Here are just a few of the trademark services that we provide to clients:

Comprehensive Trademark Search – For many entrepreneurs, this is the first and most crucial step to take when it’s time to safeguard your business and intellectual property. Your trademark attorney in Seabrook Island will conduct a thorough search of the USPTO Federal Trademark Database and each U.S state’s trademark database. We will also perform a trademark domain name search and a trademark common law search on your behalf. We will follow up with a 30-minute phone call, where we will discuss the results of our trademark search and send you a drafted legal opinion letter.

U.S. Trademark Filing – Once your trademark lawyer in Seabrook Island has completed a comprehensive trademark search, the next step is to file a trademark application. We will submit your application within 1-3 business days and keep you updated on its USPTO status throughout the registration process.
U.S Trademark Office Actions – These actions are essentially initial rejections of your trademark by the USPTO. Applicants have six months in which to respond to this rejection. For a flat fee, your trademark lawyer from Sausser Summers, PC will compose a response on your behalf so that you may continue to focus on your day-to-day business tasks.

U.S Trademark Renewal – If you already own a trademark, Sausser Summers, PC will renew your registered trademark so that it remains current. Extended protection varies depending on how long you have held your trademark. We encourage you to visit our U.S Trademark Renewal page to find out which renewal service best fits your current situation.

U.S. Trademark Cease & Desist – Whether you have been accused of infringing on someone’s trademark and received a cease and desist letter or have found an infringer on your own mark, it is imperative that you respond. If you have received a letter and do not respond, you might be sued. If you find an infringer and do not demand that they stop, you may lose your trademark rights. To discuss the best course of action for your situation, we recommend you contact Sausser Summers, PC, for a risk-free consultation at no additional cost. Once you speak directly to one of our attorneys, we will send your cease and desist letter or respond to the one you have received for an affordable flat fee.

Statement of Use – If you plan on using your mark in commerce, you must file a Statement of Use to notify the USPTO. This filing must take place six months after you receive your Notice of Allowance. For an affordable flat-rate fee, your trademark attorney in Seabrook Island will make any requisite filings on your behalf. Before you decide on a course of action, we encourage you to contact our office at (843) 654-0078 to speak with one of our attorneys. This consultation will help us get a better understanding of your situation and is always free and confidential.

In addition to the services listed above, we also help our clients enforce their trademarks, monitor trademark filings, and even help protect business owners from trademark infringement on platforms like Amazon and Etsy.
Have questions about our flat-fee trademark services? It would be our pleasure to speak with you at your earliest convenience, so that you can preserve the one asset that sets you apart from everyone else: your name.

Laer Hohmann of Hilton Head stepped off a curb to cross Harden Street in Columbia’s Five Points around 1:50 a.m. Sunday. That’s the last thing the 19-year-old remembers until he regained consciousness hooked up to a ventilator and surrounded by medical professionals — all strangers to him — on Monday morning at Prisma Health Richland Hospital. “It was the scariest thing I’ve ever been through in my life,” he told his mother, Lauren Loadholt-Cirafesi. ...

Laer Hohmann of Hilton Head stepped off a curb to cross Harden Street in Columbia’s Five Points around 1:50 a.m. Sunday.

That’s the last thing the 19-year-old remembers until he regained consciousness hooked up to a ventilator and surrounded by medical professionals — all strangers to him — on Monday morning at Prisma Health Richland Hospital.

“It was the scariest thing I’ve ever been through in my life,” he told his mother, Lauren Loadholt-Cirafesi.

The driver of a black Dodge Charger, model year 2011-14, with dark tinted windows, a rear spoiler and blue headlights, had hit Hohmann and driven away without stopping. The vehicle was seen on surveillance video.

“It was dark, and they left Laer to die in the middle of the road,” Loadholt-Cirafesi said, choking back a wave of emotion. “A second driver could have come along and run over him and actually killed him.”

Two young women found Hohmann in the street and stayed with him until paramedics arrived and took him to the hospital.

“When he woke up, he did not remember the incident,” Loadholt-Cirafesi said. “He didn’t know where he was and had no idea what happened. ... It was a big emotional trauma, not just a physical one.”

The physical trauma is extensive. Hohmann has already had one surgery to try to save his leg, and doctors placed a metal rod from his hip to his ankle. The bone around his left eye is fractured, along with his sternum and one of his vertebrae. He has bruised lungs and a concussion, with 10-15 stitches on his scalp. The swelling around his eye is so bad that doctors aren’t yet able to determine whether he’s lost some or all of his vision.

“He’s going to live. That’s the best part,” Loadhold-Cirafesi said. “We don’t know yet how much his quality of life will be affected.”

Hohmann, a 2020 Hilton Head Island High School graduate who had gone to Columbia to visit his older brother for the weekend, is hospitalized in serious but stable condition. He was taken off the ventilator on Tuesday.

Investigators with the Columbia Police Department are trying to identify the driver of the vehicle. A post on the agency’s Twitter account said the vehicle likely would have damage to the driver’s side headlight and front bumper area and undercarriage. They are asking anyone who saw what happened or who recognizes the vehicle to call 1-888-CRIME-SC.

Jennifer Timmons, spokesperson for the Columbia Police Department, said the agency has received tips from Crimestoppers and is following up on them.

Meanwhile, Loadhold-Cirafesi hopes that her son will be able to return to his job doing computer programming at The Seabrook of Hilton Head. One day, she hopes, he’ll be able to go to college in person. He’ll enjoy doing the things he enjoyed before the accident, like going to the beach, surfing and hanging out with his friends and his golden doodle, Zeus.

Loadhold-Cirafesi, a single mom, is trying to get her son moved to Memorial Health University Medical Center in Savannah so she can be closer to home, work and her four younger sons, ages 6-14. She is co-owner of Ombra Cucina Italiana restaurant on Hilton Head.

She said friends, neighbors and fellow business owners have rallied around the family, setting up a GoFundMe account, bringing food and helping to care for the younger boys, who haven’t been allowed to see their big brother since the accident because of COVID-19 regulations.

“I’m just so thankful,” Loadhold-Cirafesi said. “I can’t think of a better place to live than Hilton Head Island. The community is so strong. Anytime someone gets hurt, the community comes together like no other.”

A Sullivan’s Island man has been indicted on federal charges of damaging and defacing an archeological resource for “forcibly pulling” on a support bar of the Fort Sumter National Monument. Noah Michael Sigalas, 21, is also facing charges of committing a depredation against property of the United States. The charges by a federal grand jury fall under the Archeological Resources Protection Act. His arraignment is scheduled for May 24 at the Charleston County federal courthouse. The support bar Sigalas is accuse...

A Sullivan’s Island man has been indicted on federal charges of damaging and defacing an archeological resource for “forcibly pulling” on a support bar of the Fort Sumter National Monument.

Noah Michael Sigalas, 21, is also facing charges of committing a depredation against property of the United States. The charges by a federal grand jury fall under the Archeological Resources Protection Act. His arraignment is scheduled for May 24 at the Charleston County federal courthouse.

The support bar Sigalas is accused of pulling, causing damage in excess of $1,000, was “stabilizing part of a casemate wall along the north flank” of Fort Sumter, according to the U.S. Attorney’s Office. The indictment says the incident took place in March 2016.

The penalties of both charges add up to 12 years in prison, several years of supervised release and fines exceeding $250,000. The Investigative Services Branch of the National Park Service is leading the investigation, the release said.

Fort Sumter, the state’s top historical tourist destination, is where the Civil War began. On April 12, 1861, 43 Confederate cannons around the harbor began firing on Fort Sumter, manned by federal troops.

The park service has been increasing its law enforcement presence in local parks to prevent pilfering, theft and vandalism, acting Park Superintendent Laura Segars said. She said people sometimes steal bricks from Fort Sumter, which is a federal crime.

“These are not cast concrete blocks that are easily replaced,” Byrnes said. “There is no machine to make ‘new’ handmade bricks from prior to 1860. Destroying any part of Fort Sumter brick is like literally erasing a page from the history of the United States.”

U.S. Attorney Beth Drake of the South Carolina district said that protecting the district’s archeological resources is important. “One of the main purposes of the Archeological Resources Protection Act was to provide for the enforcement of penalties against those who loot or vandalize valuable archeological resources,” Drake said. “Prosecuting cases under this act helps to send a message to those who visit our national parks that these historical locations should be preserved rather than vandalized.” 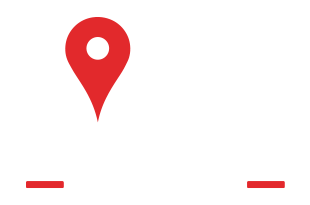