Blockchain technology is a secure, time-stamped block of information that has the effect of trust in any transaction. The implications of its application are still being determined. A similar scenario is if you went back to 1990 and someone asked you, “What are your thoughts on the internet?” Most discussions about this topic will take place retrospectively. However, for our purposes we can dive in based on the public database of trademarks. We will review BLOCKCHAIN trademarks filed with the United States Patent and Trademark Office.

Bitcoin is a type of blockchain technology. Specifically it is digital currency derived using the highly secure blockchain application. We won’t go into the details behind the technology or the ramifications of its existence, but rather we will review BITCOIN trademarks filed with the United States Patent and Trademark Office. 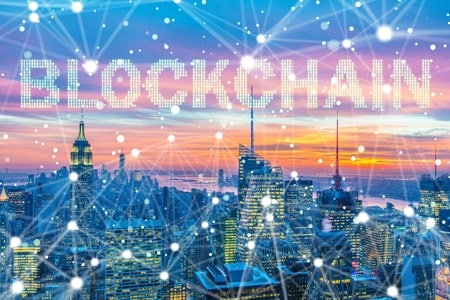 The term “blockchain” has become synonymous with a secure transaction technology first imagined by an unknown person(s) under the name Satoshi Nakamoto. It has now been adopted by all to refer to this secure technology. Once something becomes the name for the good/service itself it goes through the process of genericism. Genericism is when the name is used to identify the actual product or service as a whole rather than identification of the source of the product or service. A generic term cannot be trademarked. The following is an excellent list of generic marks:

Here, a similar analysis applies. The term now represents goods/services that use the technology. Because of that use, and the fact it is generic, others are allowed to use it.

Since the term is generic others are allowed to use it to describe their goods/services, and they have. Currently there are 62 trademarks that have been filed with the term BLOCKCHAIN. The first BLOCKCHAIN trademark was filed by Joseph Page, a California resident, in 2013 for “Financial services, namely, providing a virtual currency for use by members of an on-line community via a global computer network.” Even then the Examiner realized the name was generic, “The term BLOCKCHAIN merely describes a feature of the applicant’s virtual currency services.” Consequently, it was rejected.

Below is a list of all the live BLOCKCHAIN trademarks currently pending or registered with the United States Patent and Trademark Office (registered trademarks bolded):

Only 3 of the above marks have obtained registration status.

One of the common questions surrounding blockchain technology is how can it be used? Some of the trademarks goods/services listed above give us insight into this common question.

BLOCKCHAIN DNA – “Providing temporary use of non-downloadable cloud-based software for storing a database of medical records” among other descriptions.

Similar to BLOCKCHAIN, BITCOIN is a common term to describe a type of digital currency. Currently there are 88 trademarks that have been filed with the term BITCOIN. The first BITCOIN trademark was filed by Magellan Capital Advisors LLC, a New York LLC in June of 2011 for “Financial services, namely, providing a virtual currency for use by members of an on-line community via a global computer network.” Again, it was rejected based on being descriptive.

As mentioned, 88 BITCOIN trademark applications have been filed, only 37 are active. This means the other trademarks were abandoned (or not used). Below is a list of all the live BITCOIN trademarks currently pending or registered with the United States Patent and Trademark Office (registered trademarks bolded):

One interesting registration was BITCOIN OF AMERICA. It seems BANK OF AMERICA is not concerned with entering the bitcoin market, or is not policing their mark as they should.

If looking for trademark assistance we can help