People often try to grab the rights to a popular term by applying for the US Trademark of the name in hopes of acquiring the nationwide rights to a particular phrase. The latest attempt includes the word, “BREXIT.” Unfortunately for them, the Brexit trademark is not up for grabs. 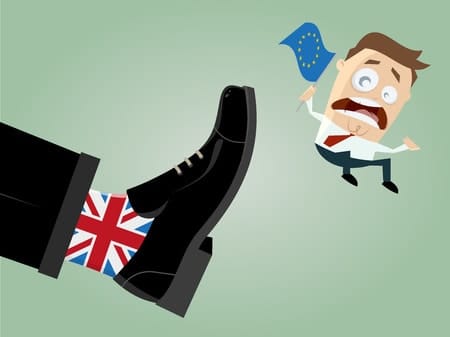 Three different applications were submitted on June 24, 2016 for the term BREXIT.

The above filings are all most likely trying to capitalize on BREXIT, the “British exit” from the European Union.

Why the BREXIT Trademark Will Get Rejected

It all comes down to a failure to associate. Trademarks are a way for the public to differentiate one product/service from another. After all if a consumer is accustomed to the delicious quality of a BIG MAC® they should be able to distinguish that product from a BIG MUC. It’s in the public’s best interest to protect these names, to ensure they receive the quality product they are familiar with.

A popular political, social, religious message cannot function as a trademark, because when people think of the term, the consumer is likely to envision that message. Registration will be refused if the applied-for mark merely conveys an informational social, political, religious, or similar kind of message. If so, it does not function as a trademark or service mark to indicate the source of applicant’s goods and/or services and to identify and distinguish them from others.

The most important question in determining whether a slogan or term functions as a trademark or service mark is how the proposed mark would be perceived by the relevant public. Will the consumer automatically think of the political, social or religious phrase? If the answer is yes, sorry, no trademark for a lack of an association in the mind of the consumer.

Other Examples of Non-trademarkable Phrases