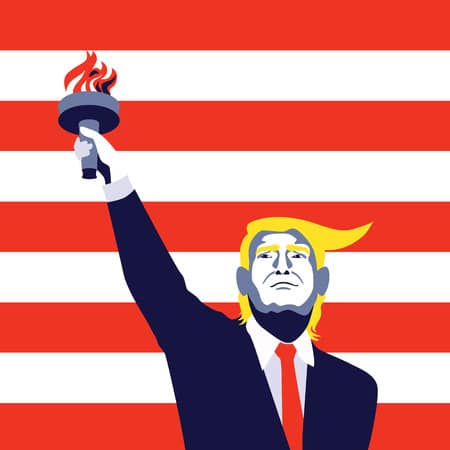 Donald Trump is or was listed owner for 318 trademarks in the U.S. database. Trademarks are typically owned by corporations, which makes them hard to track if you are trying to learn whether an individual is tied to a trademark. However, it seems in Donald Trump’s case, he likes to apply for the marks as individual owner, only later to assign them to a corporation.

As of late, it seems he has changed his ways, and now files in corporation’s names. For example, TRUMP HOME and Design was filed March 3, 2016 for various articles of clothing in the name of DTTM OPERATIONS LLC. In addition, MAKE AMERICA GREAT AGAIN was filed by DONALD J. TRUMP FOR PRESIDENT, INC. His current trademark attorney is Patrice Jean of Hughes Hubbard of New York.

Nonetheless, the United States Patent and Trademark Office (USPTO) records make it easy to find which ones were initially applied for in his name. Let’s dive in.

There are 111 live trademarks owned by Donald Trump (or initially filed by him). Live trademarks are ones that are currently being used or are pending. Redundant names were removed.

As mentioned above, corporations typically own trademarks, thus, the list is not exhaustive. This is simply a list of ones in which Donald Trump was or is listed as applicant at one point in time. The list is pretty accurate, but not an all-encompassing compilation of Trump trademarks.