Standard character trademarks allow the applicant to register the word(s) of a trademark in any design, style, capitalization, or font. It’s the broadest type of trademark protection that the U.S. allows. Essentially, it’s a claim to the word itself and will prevent other registrations of confusingly similar sounding trademarks regardless of design.

Difference Between a Word Mark and a Design Mark 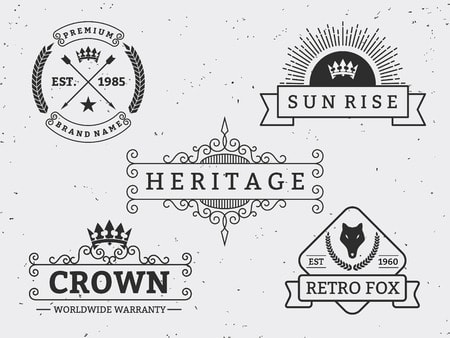 The word mark is otherwise known as a standard character mark. Again, it is protection of the word itself and will prevent the registration of any similar sounding words for similar goods/services.

A design mark incorporates some type of image as a part of the trademark. A design mark helps protect not only the words in the mark but also any design characteristics.

Should I Apply for the Word Mark or Design Mark?

Typically, the word mark or standard character mark is what you’ll want to file. Again, this is protection for the word(s) itself, and will help protect your mark broadly against those filing similar trademarks. If your trademark incorporates any words, you’ll likely want to seek protection of those words themselves. However, if your trademark is simply a design without any words, obviously the design mark is for you.

Problem With Filing the Design Mark

One issue with filing the design mark with any words is that placement of the words in the design will matter. In other words, if you have your brand name to the left of a design, but then later change it so it is displayed above the design, this will likely be considered a material alteration, and you will need to refile the new placement as a new trademark. 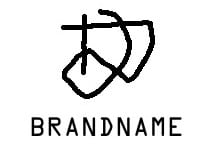 If your trademark has word elements and design elements that you want to protect your best bet is to file the word mark and design mark separately. Using the following example:

We’ll want to protect the word BRANDNAME separate from the logo itself. Therefore, we’d file the standard character mark for BRANDNAME, and file a separate application for the design as shown below:

This will protect the name itself as well as the design, and allow us to display both together, separately, and in any orientation.

Discount to Clients Registering Both Word Mark and Logo